On the venerable day of the Sun let the magistrates and people residing in cities rest , and let all workshops be closed . In the country however persons engaged in agriculture may freely and lawfully continue their pursuits because it often happens that another day is not suitable for grain sowing or vine planting; lest by neglecting the proper moment for such operations the bounty of heaven should be lost. - Edict of Constantine. 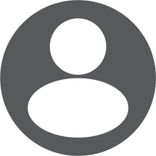 THE DOWNFALL OF THE WESTERN ROMAN EMPIRE

What do Trumpets Symbolize & Why were they blown ?

2 Make thee two trumpets of silver; of a whole piece shalt thou make them: that thou mayest use them for the calling of the assembly, and for the journeying of the camps.

3 And when they shall blow with them, all the assembly shall assemble themselves to thee at the door of the tabernacle of the congregation.

4 And if they blow but with one trumpet, then the princes, which are heads of the thousands of Israel, shall gather themselves unto thee.

5 When ye blow an alarm, then the camps that lie on the east parts shall go forward.

7 But when the congregation is to be gathered together, ye shall blow, but ye shall not sound an alarm.

8 And the sons of Aaron, the priests, shall blow with the trumpets; and they shall be to you for an ordinance for ever throughout your generations.

9 And if ye go to war in your land against the enemy that oppresseth you, then ye shall blow an alarm with the trumpets; and ye shall be remembered before the Lord your God, and ye shall be saved from your enemies.

10 Also in the day of your gladness, and in your solemn days, and in the beginnings of your months, ye shall blow with the trumpets over your burnt offerings, and over the sacrifices of your peace offerings; that they may be to you for a memorial before your God: I am the Lord your God.

Leviticus 23:24-25
24 Speak unto the children of Israel, saying, In the seventh month, in the first day of the month, shall ye have a sabbath, a memorial of blowing of trumpets, an holy convocation.

25 Ye shall do no servile work therein: but ye shall offer an offering made by fire unto the Lord.

Leviticus 25:9-13
9 Then shalt thou cause the trumpet of the jubile to sound on the tenth day of the seventh month, in the day of atonement shall ye make the trumpet sound throughout all your land.

11 A jubile shall that fiftieth year be unto you: ye shall not sow, neither reap that which groweth of itself in it, nor gather the grapes in it of thy vine undressed.

12 For it is the jubile; it shall be holy unto you: ye shall eat the increase thereof out of the field.

13 In the year of this jubile ye shall return every man unto his possession.

16 A day of the trumpet and alarm against the fenced cities, and against the high towers.

17 And I will bring distress upon men, that they shall walk like blind men, because they have sinned against the Lord: and their blood shall be poured out as dust, and their flesh as the dung.

18 Neither their silver nor their gold shall be able to deliver them in the day of the Lord's wrath; but the whole land shall be devoured by the fire of his jealousy: for he shall make even a speedy riddance of all them that dwell in the land.

The Downfall of or Judgement of an Empire

21 And they utterly destroyed all that was in the city, both man and woman, young and old, and ox, and sheep, and ass, with the edge of the sword.

Where is Christ when these Trumpets begin to sound ?

Holy Place of the Heavenly Sanctuary.

How do we know that Christ is in the Holy Place of The Heavenly Sanctuary?

Revelation 8:1-5
And when he had opened the seventh seal, there was silence in heaven about the space of half an hour.

2 And I saw the seven angels which stood before God; and to them were given seven trumpets.

3 And another angel came and stood at the altar, having a golden censer; and there was given unto him much incense, that he should offer it with the prayers of all saints upon the golden altar which was before the throne.

4 And the smoke of the incense, which came with the prayers of the saints, ascended up before God out of the angel's hand.

5 And the angel took the censer, and filled it with fire of the altar, and cast it into the earth: and there were voices, and thunderings, and lightnings, and an earthquake.

Upon which nation were these Trumpets blown? - Rome

On the venerable day of the Sun let the magistrates and people residing in cities rest , and let all workshops be closed. In the country however persons engaged in agriculture may freely and lawfully continue their pursuits because it often happens that another day is not suitable for grain sowing or vine planting; lest by neglecting the proper moment for such operations the bounty of heaven should be lost. lost.

Constantine's decree was most likely modeled on pagan sun worship , though it is probable that he also intended to benefit the church, which already met for worship on Sunday.

Apostacy (Sunday Rest By Law) is followed by national ruin”

Because there was a national declaration that the Law of God would not be acknowledged ( Sunday Law) then we have to look for distress on Rome (national ruin) some time after 321AD. History will and is being repeated, as we see the papacy being set up for the sole purpose of declaring a national day of rest (national Sunday law) we should expect national ruin to follow. As was then so is now.

We are studying the first 4 Trumpets of Revelation 8

Revelation 8:6 And the seven angels which had the seven trumpets prepared themselves to sound.

The First Trumpet - The Earth Smitten - General Torment - Alaric and the Goths 395 AD.

Revelation 8:7
The first angel sounded, and there followed hail and fire mingled with blood, and they were cast upon the earth: and the third part of trees was burnt up, and all green grass was burnt up.

Alaric the Goth penetrated to the city of Rome and pillaged it in the years 408 and 410 A.D.

“when Alaric was marching against Rome, a monk of Italy besought him to spare the city, and not to become the author of so many calamities. Alaric, in reply, assured him that he did not feel disposed to commence the seige, but found himself compelled by some hidden and irresistible impulse to accomplish the enterprise. - Ecclesiastical History, Book 9 Chap 6 by Sozomen

Revelation 8:8,9
8 And the second angel sounded, and as it were a great mountain burning with fire was cast into the sea: and the third part of the sea became blood;

“The arctic quarter scarcely found repose, When towards the other pole a tempest rose, Lest any should escape thy triumph’s round, The trumpet from the south began to sound.” - Contemporary Roman poet of that time, Claudian

Vandals invade North Africa 429 A.D
Genseric, "The Monarch of the Sea" crosses the straights of Gibraltar.

"When he was asked by his pilot what course he should steer, - Leave the determination to the winds, replied the barbarian, with pious arrogance - they will transport us to the guilty coast whose inhabitants have provoked the divine justice." - The words of Generic, History of the Later Roman Empire, Vol. 1 pp.32,33

In course of time, he (Genseric) literally destroyed a third of the Roman navy (1,100 out of 1,300 ships) by fire during a night raid …and the third part of the ships were destroyed.

Revelation 8:10,11
10 And the third angel sounded, and there fell a great star from heaven, burning as it were a lamp, and it fell upon the third part of the rivers, and upon the fountains of waters;

11 And the name of the star is called Wormwood: and the third part of the waters became wormwood; and many men died of the waters, because they were made bitter.

"A Star is falling before me and the earth trembling. Lo I am the hammer of the world." - Attila the Hun. "Works", Vol.III, page 459 by Dean William Herbert.

“ ‘The scourge of God' was a name that he appropriated to himself, and inserted among his royal titles.” - Uriah Smith, Daniel and the Revelation

“…as a matter of fact the principal operations of Attila as relates to the Western Empire, were in the regions of the Alps, and on the portions of the empire whence the rivers flow to the greater part of Europe in all directions. It was emphatically the region of “ the fountains of waters .” The Great Nations of To day (1901) pp. 39, 40 by Alonzo T. Jones.

From 395 - 453 AD (the first 3 trumpets) Western Rome has been under severe attack from the Barbarian hordes. The empire was now struggling to maintain its Political, Military and Economic prowess.

The Sciri warrior, Odoacer with his tribesmen deposed Romulus Augustulus in the year 476 AD in Ravenna and became Roman patricius. He considered himself as King of Italy.”

“…Romulus Augustulus…abdicated; and the senate sent away the imperial insignia to Constantinople, professing to the emperor of the East that one emperor was sufficient for the whole of the empire. Thus of the Roman imperial sun, that third which appertained to the Western Empire was eclipsed, and shown no more. I say that third of its orb which appertained to the Western empire; for the Apocalyptic fraction is literally accurate. In the last arrangement between the two courts, the whole of the Illyrian third had been made over to the Eastern division. Thus in the West ‘the extinction of the empire’ had taken place; the night had fallen.” E.B. Elliott, Horae Apocalypticae

Rome had fallen an empire ruled by emperors. This demise made way for the rise and establishment of the Eastern portion of the Roman empire (The Papacy or Papal Rome ).

God used pagan powers to bring down Pagan Rome. At 538 AD Rome has evolved into a religio-political entity. What or who would be use to be a judgment on this power.

Revelation 8:13
And I beheld, and heard an angel flying through the midst of heaven, saying with a loud voice, Woe, woe, woe , to the inhabiters of the earth by reason of the other voices of the trumpet of the three angels, which are yet to sound.

Thank you for choosing this study. We will look at the Last 3 Trumpets and Woes in a following study.

Thank you for taking the time to go through this study. This is the abridged version. If you would like the complete study download using the link below.