The Gift of Tongues I

Can the character of God, can his signature of approval be on an unintelligible outburst in a public gathering in which no one can understand or benefit from what was said? 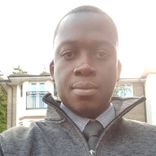 The Gift of Tongues I

And when the day of Pentecost was fully come, they were all with one accord in one place.

2 And suddenly there came a sound from heaven as of a rushing mighty wind, and it filled all the house where they were sitting.

3 And there appeared unto them cloven tongues like as of fire, and it sat upon each of them.

4 And they were all filled with the Holy Ghost, and began to speak with other tongues, as the Spirit gave them utterance.

5 And there were dwelling at Jerusalem Jews, devout men, out of every nation under heaven.

6 Now when this was noised abroad, the multitude came together, and were confounded, because that every man heard them speak in his own language.

7 And they were all amazed and marvelled, saying one to another, Behold, are not all these which speak Galilaeans?

8 And how hear we every man in our own tongue, wherein we were born?

9 Parthians, and Medes, and Elamites, and the dwellers in Mesopotamia, and in Judaea, and Cappadocia, in Pontus, and Asia,

10 Phrygia, and Pamphylia, in Egypt, and in the parts of Libya about Cyrene, and strangers of Rome, Jews and proselytes,

11 Cretes and Arabians, we do hear them speak in our tongues the wonderful works of God.

In the above selection found in the book of Acts Ch. 2 The Bible says in verse 4, that they were filled with the Holy Ghost and began to speak with other tongues. What then followed as we see in the following verses men of every nation heard the wonderful works of God in their own language. The “tongues” mention here is another language.

Mark 16:17
And these signs shall follow them that believe; In my name shall they cast out devils; they shall speak with new tongues;

The entire chapter of Mark 16, documents what happened after the resurrection of Jesus. In verse 17, Christ appears to the 11 disciples (Judas being already dead after hanging himself) after his resurrection, he gives them their commission, he encourages them, and he details the works that will follow them as they go in his name.

One of the gifts that he tells them will be given is the gift of new tongues.

This is apparently fulfilled in Acts 2 as the disciples spoke with many new tongues. It is apparent that “tongues” is another language. It is a gift, a new tongue, because the one endowed with this gift isn’t a native speaker of the language but under the power of the Holy Spirit speaks the language fluently.

That’s why the men in Acts 2 were confused because they knew the disciples were Galileans, uneducated and should not be able to speak multiple languages, yet they spoke the languages that men could understand.

The gift of “tongues” was given, where there were many citizens of different nations present. Without an interpreter, preaching the gospel to such an audience would be a nightmare, therefore such a gift would be necessary. Of what use would such a gift be if everyone spoke the same language.

Acts 19:6 - And when Paul had laid his hands upon them, the Holy Ghost came on them; and they spake with tongues and prophesied.

What is even interesting in the selection from Acts 19, Paul came across 12 men who were baptized unto John the Baptist. What this means is that they were convicted by John’s message and was baptized according to the light given by John.

Matthew 3:1,2
In those days came John the Baptist, preaching in the wilderness of Judaea,2 And saying, Repent ye: for the kingdom of heaven is at hand.

Was there something wrong with the message of John the Baptist? No! What happened is that these men did not follow the gospel throughout, they only received the gospel up to John the Baptist, but they were not aware of what Jesus had done for humanity and that he had given us the gift of his spirit after his death, resurrection and ascension to heaven.

So what Paul did was to update them on the life of Jesus, rebaptize them in the name of Jesus and they received the Holy Ghost. These disciples were now able to preach the gospel with power.

This all happened in a place called Ephesus. Ephesus was historically known as a commercial centre, and as a result merchants from different nations would gather. Therefore, once again the gift of tongues was necessary under these circumstances. In fact, verse 6 confirms that the Holy Spirit was present to impart the gift to these 12 disciples.

What is interesting is that the gift of “tongues”, was accompanied by a message, “they spake with tongues and prophesied”, now this is important! If the gift of tongues was unintelligent speech how would these men be able to prophesy. So, they preached the gospel of Christ in different languages, its that simple. Which is what happened also in Acts 2. How much people would have been converted if they preached “sdfdsknglmnfdvsmlgjvh;lkhv .cbvm”!

Now concerning spiritual gifts, brethren, I would not have you ignorant.

2 Ye know that ye were Gentiles, carried away unto these dumb idols, even as ye were led.

3 Wherefore I give you to understand, that no man speaking by the Spirit of God calleth Jesus accursed: and that no man can say that Jesus is the Lord, but by the Holy Ghost.

4 Now there are diversities of gifts, but the same Spirit.

5 And there are differences of administrations, but the same Lord.

6 And there are diversities of operations, but it is the same God which worketh all in all.

7 But the manifestation of the Spirit is given to every man to profit withal.

8 For to one is given by the Spirit the word of wisdom; to another the word of knowledge by the same Spirit;

11 But all these worketh that one and the self-same Spirit, dividing to every man severally as he will.

This selection from 1 Corinthians 12 gives us some insight on spiritual Gifts.

So, verse 10 gives examples of the different gifts the Spirit can give (please read the whole selection given above, if you haven’t). Notice it says, “divers kinds of tongues”. The old British English can be challenging at times, “divers kinds” (“genos” in the original Greek”) means diverse or different nations, nationality or descent. It is clearly referring to another language.

Also, the Spirit of God gives some men and women the ability to interpret different languages although they may not have known them before. You may have to help someone whose language you do not understand, and the Spirit will give you the gift to interpret the “tongue” or language.

One point that this passage brings out quite clear, all gifts are given by the Spirit of God and as such the character of God must be seen.

Can the character of God, can his signature of approval be on an unintelligible outburst in a public gathering in which no one can understand or benefit from what was said?

1 Corinthians 13:1
Though I speak with the tongues of men and of angels, and have not charity, I am become as sounding brass, or a tinkling cymbal.

Paul is here showing the true value of spiritual gifts in relation to charity(love). He is saying that if you can speak with language of men (eloquently) or the language of angels (Paul does not say what this language is here, but it does give added emphasis to his point) and have not love these gifts are worthless.

So far we have seen that the gift of “Tongues” is the ability to speak in another language other than your native language, for the benefit of those hearing so that they can receive the gospel of Jesus Christ.

Stay tuned as we investigate this topic some more in part 2.